Ryerson University's Imaging Centre provides a space for the study, research and teaching of photography, media, installation art and film.  It was built partly to house the Black Star Collection, a donation of 292,000 photographs taken over a period of over 80 years by the Black Star Photography Agency in New York City.  Exhibition space on the ground floor will be used for rotating art exhibitions that are free to the public and will prominently feature the Black Star photos.

The current exhibit, called "Human Rights, Human Wrongs", displays over 300 photos depicting both the fight for civil rights, and innumerable examples of inhumane acts and atrocities carried out around the world between the years of 1945 through 1994.

Human rights were represented with images of the United Nations, civil rights activists like Martin Luther King, race equality protest marches, anti-war rallies and images of Nobel Peace Prize winners.  Listed along the walls in one room were the articles of the Universal Declaration of Human Rights adopted by the UN in 1948, including "The Right to Equality", "Freedom from Discrimination", "Freedom from Torture and Degrading Treatment" ...

Some of the images of "Human Wrongs" were disturbing, as depiction of violence and torture were explicitly presented.  However I found several innocuous looking photos even more horrifying after reading the accompanying stories related to them. 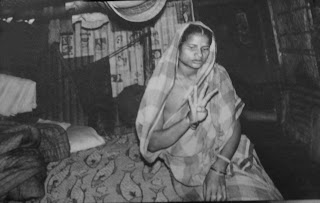 In one picture, a forlorn-looking woman sits alone in what turns out to be a camp for Bengali women who had been raped by Pakistani soldiers.  She had been gang-raped by four soldiers while her husband was forced to clean adjoining rooms.  Now she had to stay in the camp to wait to give birth after the rape impregnated her.  Rapes of females ranging from ages 8 to 75 were common during the Bangladesh Liberation War (circa 1971), as a way to dishonour the women and undermine the Bengali society.

Another photo from 1960 shows a black couple standing in front of a table.  The Alabama woman's brother's car had been rear-ended by a white man.  When her brother got out to look at the damage, the white man yelled at him racial slurs at him, and then shot him in the head.  Racism was also prevalent in a 1968 photo of a group of young adults with their hands raised in the air.  The chilling caption attached was "Women in the Klu Klux Klan". 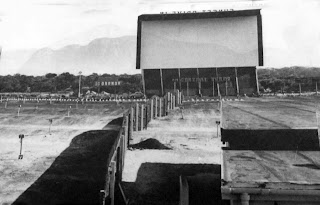 A succinct visual depiction of apartheid in South Africa can be found in the 1961 photo of a drive-in theatre.  A wooden wall cuts through the middle of the field, separating the blacks on the left and the whites on the right.

This stunning display of photojournalism was definitely illuminating. It was also a bit depressing to witness such widespread examples of inhumane treatment over the years and across the globe.  The photos were arranged chronologically and jumped without notice from country to country, as if to highlight that racial intolerance and injustice knows no boundaries.

It is exciting to think that this exhibit touched only a small fraction of the wealth of photos in the Black Star collection.  There will be enough material for many more curated shows to come.

Posted by A.R. English at 9:23 AM No comments: Links to this post